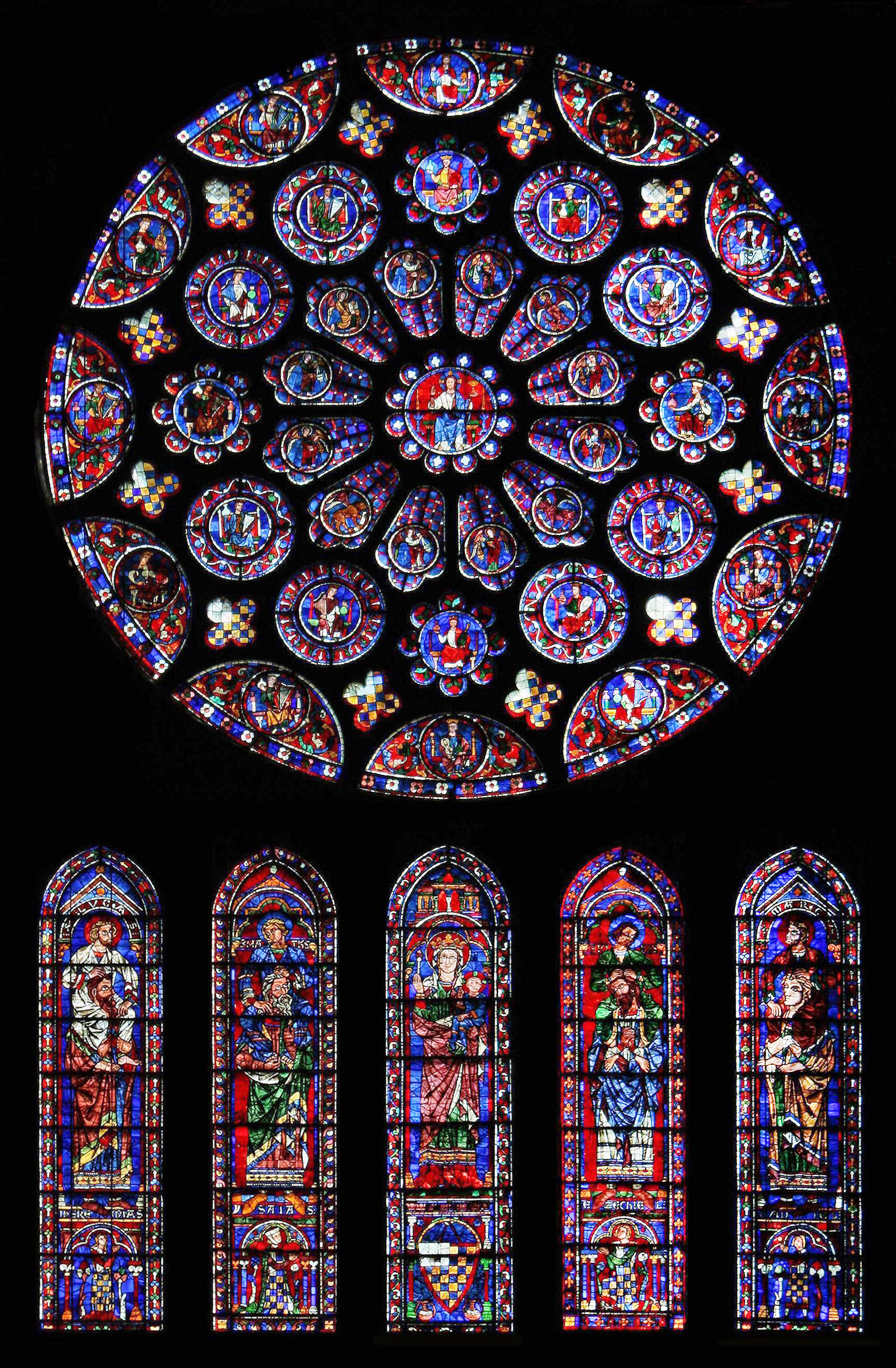 Rising above the south transept of the magnificent Notre Dame Cathedral of Chartres, you’re likely to notice one of the cathedral’s two striking rose windows depicting the Glorification of Christ from the Book of Revelation.  Below the rose window rest five lancet windows. The middle window depicts the Virgin Mary holding Christ the infant. The four lancets on either side of Our Lady present the four main prophets of the Old Testament carrying on their shoulders the four evangelists: Jeremiah carrying Luke, Isaiah carrying Matthew, Ezekiel carrying John, and Daniel carrying Mark.

“If I have seen further than others, it is by standing upon the shoulders of giants,” writes Isaac Newton, the influential 18th century scientist. These well-known words of the scientist are said to have been inspired by the 12th century philosopher Bertrand of Chartres, who would likely have been exposed to the great beauty of the Chartres Cathedral. “Discovering truth by building on previous discoveries” are the words which inspired the philosopher after gazing upon the lancets of the evangelists on the prophet’s shoulders.

“Standing on the shoulders of giants” and “discovering truth” are principles of the classical model upheld here at St. Benedict’s. Teachers and students are blessed with the opportunity to observe, imitate, and learn from the great “giants” of Western Civilization.  Whether it be in imitating the lives of the saints or great heroes of history, these models of great virtue and heroism inspire our community towards spiritual excellence. In memorizing psalms and verses from Holy Scripture, as well as poetry and music from sacred and folk traditions, we stand on those who came before, acknowledging the everlasting timeless value of their work, which contributed to the building of Christendom. It is through imitating the great, that we ourselves become great. Like the evangelists on the prophets shoulders, guided by the Holy Spirit, we too seek to learn from those who came before in order to help form the future of the Church.