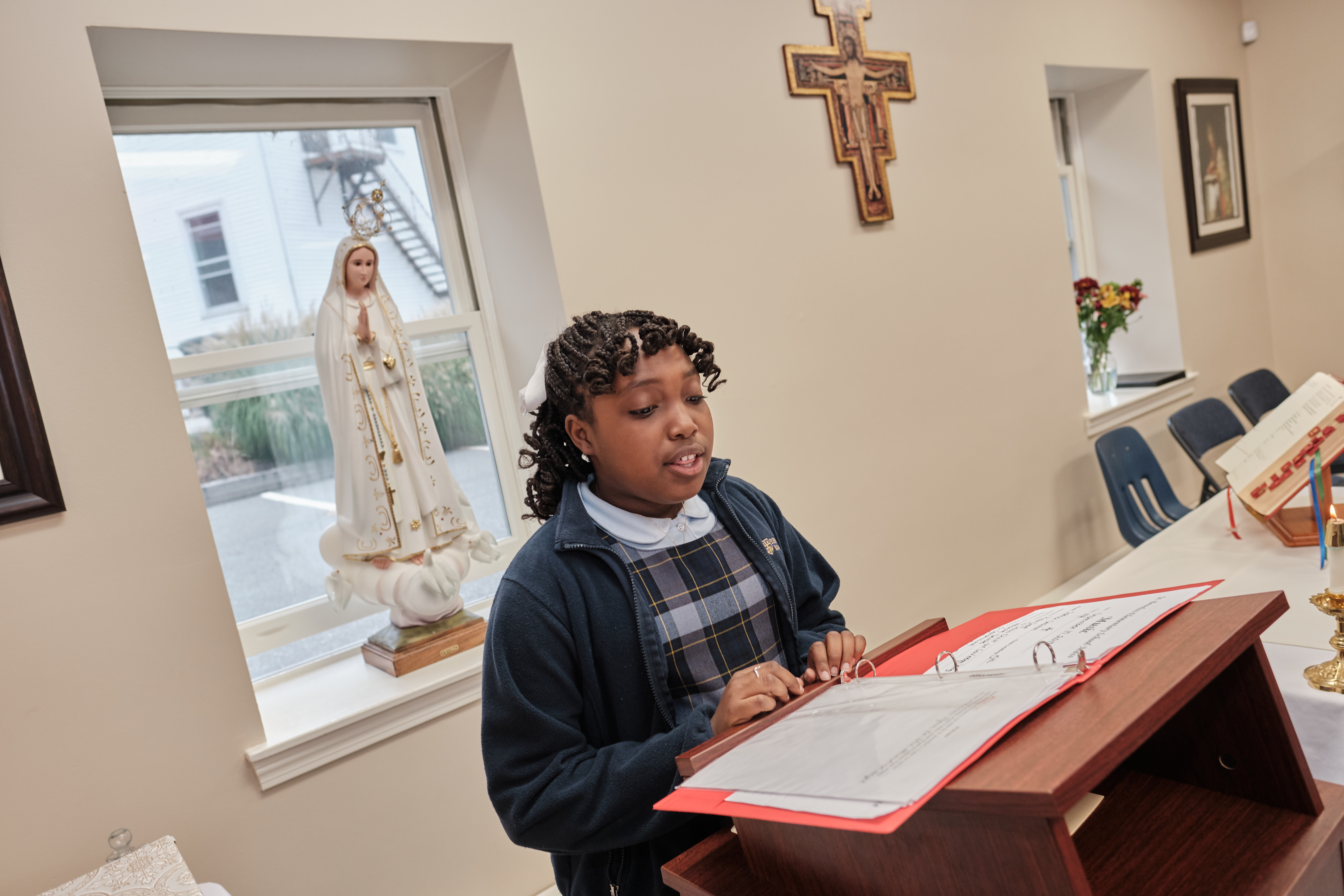 “And the Pope has cast his arms abroad for agony and loss/ And called the kings of Christendom for swords about the Cross…” – Lepanto by G. K. Chesterton

Anne Shirley from Anne of Green Gables said it best when she exclaimed, “I’m so glad I live in a world where there are Octobers.” I whole-heartedly agree. October has always been my favorite month: the leaves show as many colors as a stained glass window, the air is fresh and crisp, and there are plenty of apples and football games to go around. October is also the month of the Rosary.

October seventh is the Feast of Our Lady of the Rosary, formerly named the Feast of Our Lady of Victory. On this day in the year 1571, the fleet of the Holy League met a fleet of the Ottomon Empire in the Battle of Lepanto. The pope, Saint Pius V,  summoned the Holy League, a coalition of European Catholic nations led by the Spanish Empire under Philip II and the Venetian Republic, to stop the onslaught of the conquering Ottomans, always advancing, always banging down the doors of Europe.

Outnumbered and facing the very teeth of their enemy, the Holy League, at the behest of Saint Pius, resorted to their primary defense of praying the Rosary, placing their chance of victory in the hands of their Mother. And Our Lady certainly came through in spades. Under the command of Don John of Austria the Holy League won decisively, and the pope proclaimed that the Church would celebrate the feast of Our Lady of Victory on October seventh.

In commemoration of this great battle and great feast, the sixth graders are memorizing the poem Lepanto by G. K. Chesterton. Everyday they all stand as I randomly draw from the tin of their popsicle sticks, each one feeling a touch of excitement and a flitter of nerves as they one by one must see how much they remember. And they love it. I love it too. For every time they shout “Don John of Austria is going to the war,” or “Vivat Hispania!/ Domino Gloria,” I remember one of the Pre-Kindergarten students from last year describing the Rosary as a weapon, and quite a powerful one at that. I recall Our Lady of Victory. Hopefully whenever they encounter this poem in years to come, the sixth graders will do the same. What a joy to be in this month of October!