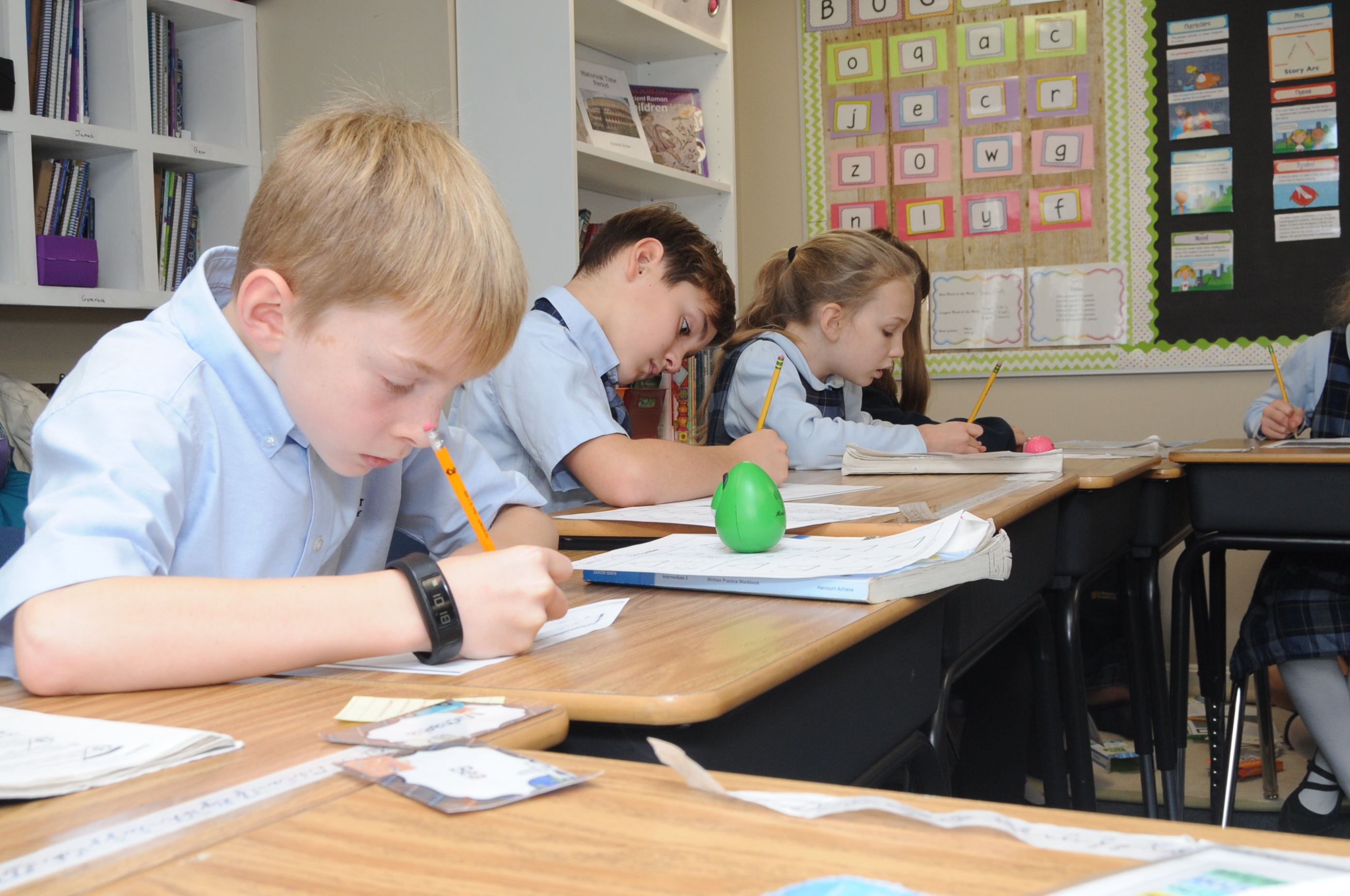 One of the distinct features of the St. Benedict’s curriculum is the way we approach history. Each grade, beginning in Grade 2, focuses on a historical period of time, starting with Ancient Egypt and culminating with an overview of Western Civilization. As the 4th grade teacher, I am lucky enough to bring the Middle Ages back to life for my students, as we examine the causes and effects of the Fall of Rome, visit with the barbarians, and fight on the battlefield alongside the Vikings, the Franks, and the English. While students enjoy hearing about these historical figures, they are always especially excited to learn about the feudal system and the life of a knight. Who doesn’t enjoy the classic tale of a knight doing battle to defeat the villain and save the damsel in distress? A happy ending serves its purpose well; but in our studies, we highlight the great men and women of the Medieval period along with a discussion about good and evil in our world.

One of the students’ favorite topics of study is the English code of chivalry. Contrary to what you may have heard, chivalry is not dead. Our culture may no longer champion chivalry the way it once did, but children still love to learn about them and imitate them. While writing this post, I stumbled upon the following relevant and truthful quote:

Today individuals often make decisions based upon what is considered “politically correct” or popular and not based upon what he or she deems morally good or evil. Much like chivalry, I think that many have forgotten that there is indeed a right and a wrong, a good and an evil. Fear of being the minority or being labeled “insensitive” has led many astray from moral absolutes to choose instead to live in a state of moral ambiguity.

This brings me to a great find that I have been able to incorporate into the 4th grade curriculum. This year we read selections from The Blue Fairy Book, which is Andrew Lang’s fantastic collection of translated tales taken from a variety of sources, including Grimm and Perrault. While reading these tales, students identify the virtues and vices that the characters might represent based on their physical features and moral actions. Vices, such as greed and selfishness, are condoned and punished; virtues, such as selflessness and honesty, are praised. In his book The Mysteries of Life in Children’s Literature, Mitchell Kalpakgian reminds us, “There is no moral ambiguity or moral relativism in children’s literature […] only the unchanging moral law that is true for all people in all times in all places. In a society that espouses multiculturalism and diversity and reduces universal knowledge to fashionable opinions, children’s literature affirms the unity of the human race…” (xvi). Our responsibility as parents, educators, and role models is to reaffirm Kalpakgian and teach our children that virtue is beautiful and sin is ugly, no matter how one tries to disguise it.