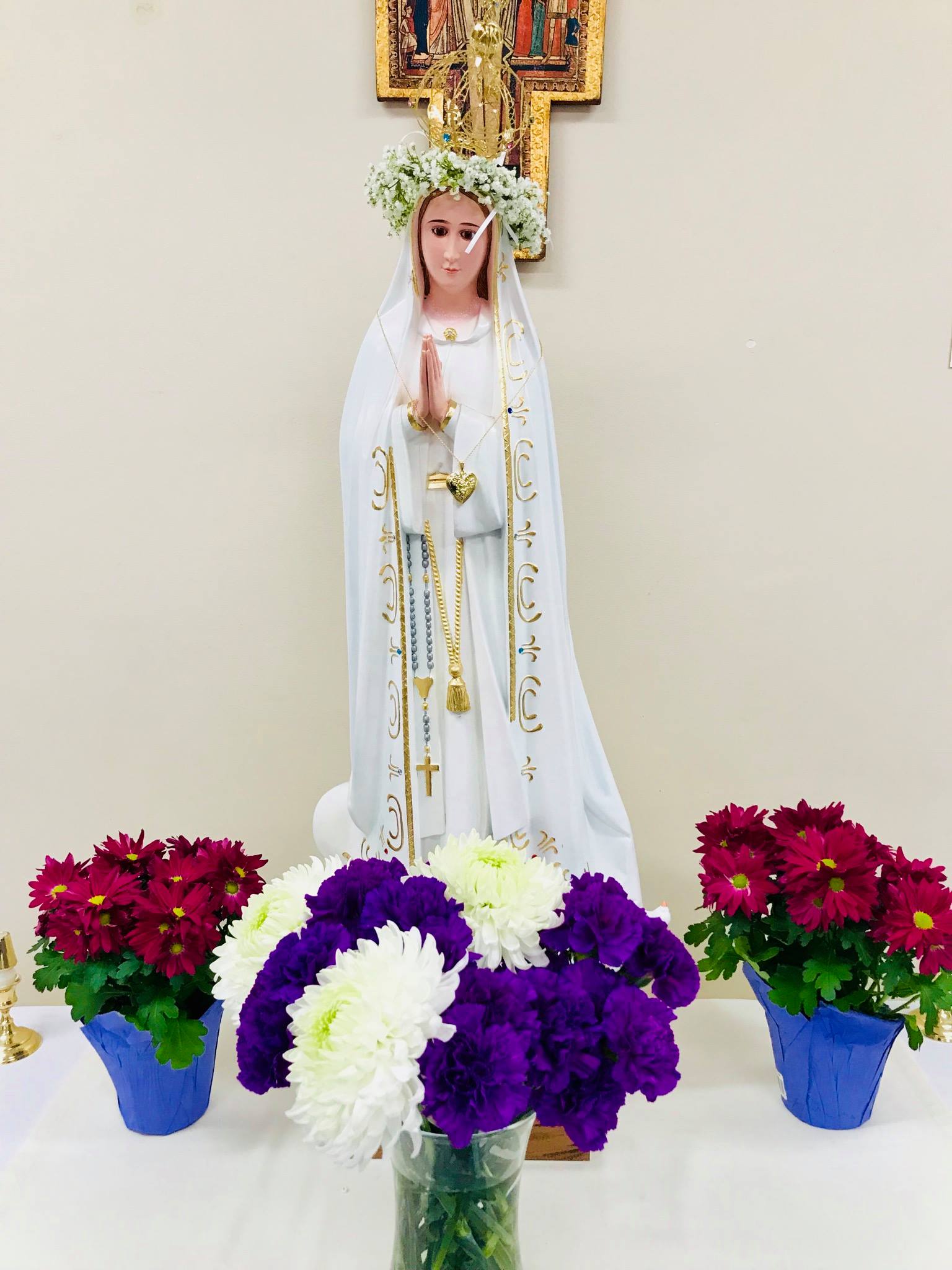 This past Friday, St. Benedict Classical Academy celebrated the anniversary of Our Lady of Fatima’s final apparition to the three shepherd children by re-consecrating our school to her and placing ourselves under her protection and care. The entire school gathered in Gregorian Hall for a short prayer service led by Fr. Stamm, beginning with a Marian hymn and ending with the placement of a locket containing the names of SBCA families around the Marian statue’s neck. It was a beautiful scene of devotion, leading me to consider the continued relevance of Our Lady’s message a century ago to the three shepherd children at Fatima.

Our Lady appeared to Lucia, Francisco, and Jacinta in the year 1917 in a remote village in Portugal at a time of great turmoil in the world. World War I was still devastating Europe and soon the Spanish Flu would claim nearly as many lives as the war itself. Our Lady foretold the end of the war to the children and urged them to pray the Rosary every day in order to bring an end to the war and peace to the world. The children initially kept these apparitions secret, but the word eventually spread, and the children suffered skepticism and derision from those who did not believe in the truth of their visions. To aid the children, Mary promised them that on October 13th, she would perform a great miracle to convince even non-believers that her appearance and testimony were true. On that day, as 70,000 people watched, the rain stopped, the clouds lifted, and the sun spun and trembled in the sky for ten minutes as Catholic laypeople and clergy, secular reporters, science professors, and skeptics watched in fear and awe.

Our Lady entrusted three secrets to the children, which they duly passed on to the Pope. In these three secrets were prophecies, warnings, and promises – Our Lady asked the Church to devote itself to prayer and sacrifice for the future of the world, and warned of great dangers to the Church and her faithful servants if her warnings were not heeded. She asked the children and the Church to pray for the oppressed, those in need of mercy, and others, but most importantly, she asked the faithful to recommit themselves to sanctity and holiness, with daily prayer and devotion – to the Holy Rosary, to Mary’s Immaculate Heart, and to the pursuit of saintliness.

Fatima reminds the world of sin and error, and the pain and destruction which follow from evil. But, more significantly, Our Lady comes with a message of hope: “In the end, my Immaculate Heart will triumph.” The legacy of Fatima for the lay Catholic is one of prayer, penance, and sanctity, but it is most of all a reminder that no matter how evil the world appears, the victory is already and always won: Christ’s sacrifice on the Cross was eternal, and “the gates of Hell shall not triumph” over His Church, nor over the Mother of the Church, Our Lady Immaculate.